Mark Zuckerberg’s Story (How Did He Built Facebook Empire) 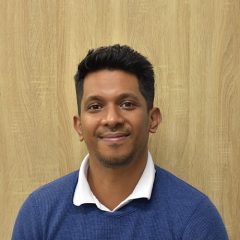 Although Facebook changed its business model last few months were not in favor of them. Did you see the latest news about Facebook? It is reported that due to the share market fall, Facebook suffered a $230bn loss.

And also last year (04th of October 2021), the number one social media site Facebook and their partner social media sites Instagram and WhatsApp went dark for 6 hours. There was some panic among the users and the business world.

Some said it happened because of hackers. But later CEO Mark Zuckerberg issued a statement and said it was an internal technical issue. Due to the sudden collapse of the company’s share price, Zuckerberg lost $7 billion.

Despite these ups and downs Zuckerberg still remains one of the most powerful entrepreneurs in the world. So how come this 37-year-old Harvard dropout built this empire. Let’s Find out.

“Which one is Hot or Not?” : Facebook’s first name

Back in 2003, Zuckerberg was studying as a second-year Harvard student. He designed a site called Facemash. First, he hacked into Harvard’s security network and stole student IDs. Then he posted them with students’ present photos and asked users to rate them.

But a few days later Harvard’s management found out about his security breach and forced him to shut down the website. He faced expulsion due to his actions. After some time, charges against him dropped.

Although he shut down the Facemash he never gave up the idea.

He worked on his idea and launched a new networking site in February 2004 for Harvard students. He named it “The Facebook”. But after a few days, 3 of his senior students accused him of stealing their ideas for a networking site called HarvardConnection. They filed a lawsuit against him and eventually settled it. Zuckerberg had to pay 65 million dollars to them and also he gave them Facebook shares.

Initially, FaceBook was active for Harvard students. Because of the success, it got he wanted to expand his reach. With the help of a few of his fellow friends at Harvard, he expanded his website’s reach.

After purchasing its domain name in 2005 the company changed its name to Facebook. With the support of his investors, they managed to become the most popular social media site by 2009.

With the huge amount of money he acquired from his empire, he managed to launch many charity programs. He and his wife promised to spend 99% of their Facebook shares to the charity.

Social Media Marketing plays an integral part in our personal lives and also in our business success. The one who revolutionized social media is Mark Zuckerberg.

Within a few years of launching Facebook became one of the most powerful big techs in the world. In 2021, Zuckerberg changed his umbrella company name to “META”.

There are many examples of how the popularity of Facebook managed to shape even governments. As digital marketing enthusiasts, there are many lessons to learn from Mark Zuckerberg’s life. One is never to give up.

Fill out this form to reach us for web-related inquiries.